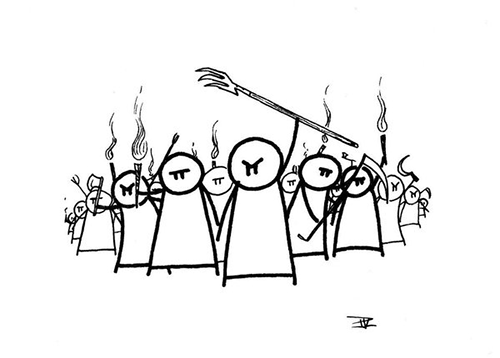 When Bad Publicity is Good Marketing

When Threshold Editions, an imprint of Simon and Schuster, reportedly signed a $250,000 book deal with internet provocateur Milo Yiannopoulos for his book Dangerous, the outcry was almost instant. Known for stirring controversy and spearheading movements of exclusion and opposition, including openly racist and sexist behaviors and remarks that ultimately got him banned from Twitter, Yiannopoulos thrives on his negative publicity, and now the controversy surrounding him has paid off in a big way: a six-figure advance and the #1 slot in Amazon’s book sales.

It seems to suggest there’s more than a grain of truth to the old axiom of “all publicity is good publicity.” Before you run off and develop an odious marketing plan, it’s important to know that most researchers agree that negative publicity is negative, and there are few good reasons to willingly court it. Even so, in 2010 the Stanford Graduate School of Business conducted research into the efficacy of negative publicity on marketing, and discovered a simple truth: the any publicity is good publicity model doesn’t consistently work, but bad publicity can have positive effects under specific circumstances. When the accessibility or awareness of the product is low, its position can be markedly improved simply by the conversations—negative or positive—surrounding it.

This almost certainly ties into the overnight success of Yiannopoulos’ book. With much of his notoriety confined to the small sphere of Twitter or the niche of hard-leaning conservatives, he is a relative unknown to many. For every true Yiannopoulos fan, there is at least another person who knows only that he is controversial, shocking and willing to say outrageous things for attention. Something very similar happened with Salman Rushdie’s The Satanic Verses, if with much less deliberation. After Rushdie’s novel was released, the conflict within the Muslim community led to the issuance of a fatwa from the Ayotollah Ruhollah Khomeini of Iran, ordering Muslims to kill Rushdie. Rushdie went into hiding for years, but sales of his book dramatically increased in the weeks immediately following the fatwa, from the hundreds to the hundreds of thousands. The Satanic Verses eventually became one of Viking’s best-selling books of all time. Positioned as relative unknowns to the market, these books profited greatly from negative publicity.

But for every book whose sales are helped by negative publicity, there are many more where its effects are exactly what would be expected. This happens most frequently when a book has already gained attention and is positioned to do well in sales based on its merits. A point in case is A Million Little Pieces by James Frey. A book that received mixed reviews at best, A Million Little Pieces gained widespread popularity after being featured in Oprah’s Book Club in 2005. It soared to the top of bestsellers lists in paperback nonfiction despite mixed reviews and criticism, where it remained for fifteen weeks until questions arose about the legitimacy and classification of Frey’s narrative as a completely truthful memoir. In a series of sitcom-like events, Frey was forced to admit his memoir was fictionalized, Doubleday and Anchor Books were compelled to refund thousands of purchases of the book, and both Frey and his publishers were publicly lambasted on national television for their lack of veracity. It seemed, for a time, that A Million Little Pieces had its run, but despite the controversy—or perhaps because of it—it’s since been translated into nearly thirty languages.

This doesn’t mean you should count on negative publicity going well for you. Whether you and your book have the tenacity to brave the hostile storm of bad news, there’s always the matter of your conscience and your moral and ethical imperative as a marketer. The best marketing is through maintaining good-faith relationships with consumers, not through pushing their buttons or lying to them.

Update: As further proof that negative publicity isn’t the reliable choice it is sometimes made to be, Yiannopoulos’s book deal was cancelled by his publisher after too much bad press about the book. The outcome of this event just shows that not all publicity is good publicity.